Managed to catch the photographic exhibition at Central Library of the Manchester music scene, There Is A Light That Never Goes Out, just before the lights went out, i.e. on its penultimate day (it finished yesterday).

Documenting the rise of punk, post-punk, Factory Records, The Haçienda, Madchester and beyond, the show (presented by Rockarchive.com) featured photographs of the likes of Buzzcocks, The Fall, Joy Division, The Smiths and so on taken by the likes of Howard Barlow, Jill Furmanovsky and the once ubiquitous (I used to be photo librarian at City Life, back when photos needed librarians) Kevin Cummins.

Below is a picture of the contact sheet for a famous Joy Division photo-shoot (the selected Furmanovsky print is beneath it), photobombed by a copy of the book We Were Strangers. In an odd coincidence, the very same week (today, actually), Lavinia Greenlaw performed a poem inspired by Joy Division during her set at Poets & Players in the Whitworth Art Gallery, then Love Will Tear Us Apart was blasted out over the PA as the audience dissipated.

We Were Strangers is the collection of short stories inspired by Joy Division's Unknown Pleasures album, edited by Richard V Hirst, designed by Zoë McLean, and out now with Manchester-based independent press Confingo Publishing. Here's the track listing:

Anne's story I Remember Nothing (the lyrics of which give the anthology its name) has just been announced as being included in the 11th volume in the Best Horror Of The Year series.

Find out more from Confingo and buy a copy of We Were Strangers here. Unknown Pleasures turns 40 on 15 June, so readings from the book will undoubtedly ensue - watch this space for details of live literature events in and around Manchester: Creative Tourist. 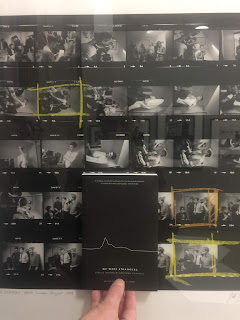 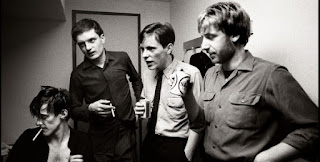 Posted by Sarah-Clare Conlon at 7:09 PM No comments: