I've been asked to read at Peter Barlow's Cigarette, which is a real honour as it's one of my favourite regulars on the brimming Manchester live literature scene. I'm sharing the stage with three other writers: Gilbert Adair, who co-founded and curated the Sub-Voicive poetry reading series; Patricia Farrell, whose most recent publication is the visual text series A Space Completely Filled With Matter, published by Veer, and Colin Herd, who has tons out, including with Knives Forks & Spoons, Boiler House Press, Red Ceilings Press and, upcoming, Dostoyevsky Wannabe, so at least we share the latter. Still, please don't tell them I'm not an avant garde poet. Having said that, I am currently tinkering away on some new work with constraints other than just wordcount and have had my nose in a lot of books about OuLiPo and by OuLiPo.

PBC#31 takes places Saturday 6 April, 4-6pm, at Waterstone's Deansgate, in city centre Manchester. It's free in and you get a glass of wine, so what's not to like? More here. 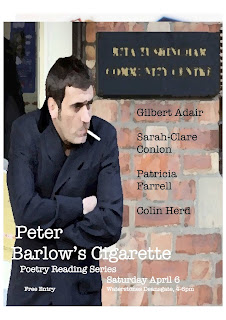 Gosh, it’s only 1 March (Dydd Gŵyl Dewi Hapus to you) and so much has already happened in 2019 in Live Literature Land (see all the pictures here and keep up-to-date with upcoming developments over at Creative Tourist) and with Project Writing. On that front, January saw the publication of one of my Re/place stories with Reflex Fiction and the signing of a contract (official!) agreeing to another flash fiction appearing in the University of Greenwich anthology Story Cities, to be published in the summer by Arachne Press. I’ve been sticking to last year’s resolution to submit pieces at least once a month, and I’ve also been busy writing new things (not just previews and advertorials, I promise) and tinkering with an application to fund a very exciting commission, which will include events and the creation of a body of work, so fingers and toes crossed for a successful outcome. I’ve had the honour of being asked to perform at the European Poetry Festival, and will be teaming up with Jazz Linklater at the Burgess Foundation in April, and also at Peter Barlow’s Cigarette the same month, at Waterstone’s Deansgate, and I’ve been back “on stage” at February’s outing of The Other, swapping work with poet Martin Kratz and wearing my readers in public for the first time. 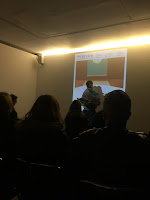 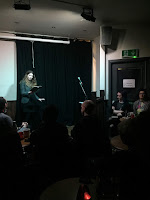 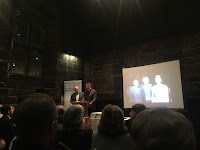 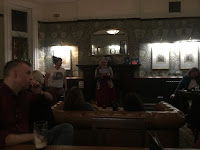 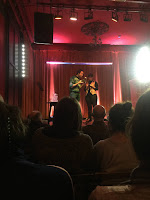 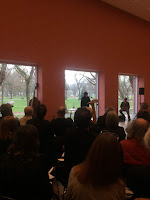