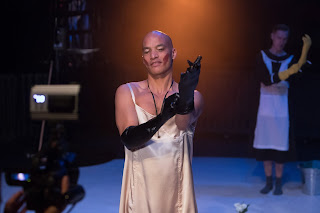 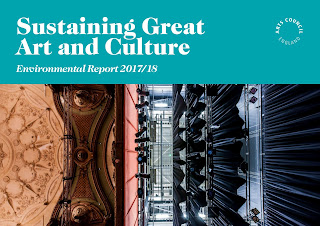 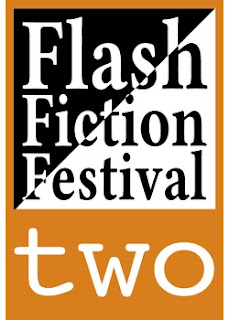 Can't wait to see the Dostoyevsky Wannabe Cities: Manchester anthology, which soft-launches this Saturday at the Independent Books And Arts Fair at Plant NOMA. You can find out more about both the book (in which I have a companion pair about birds; one a piece of flash fiction and t'other a short story) and the market via a couple of pieces I wrote, for Creative Tourist and for Manchester Wire. 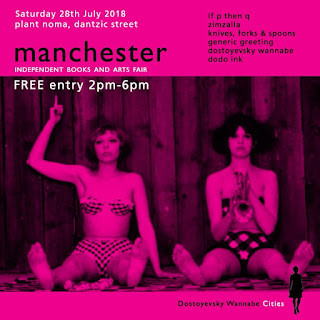 Posted by Sarah-Clare Conlon at 11:45 AM No comments:

Last Friday (yes, Friday the 13th - heh), I was back on stage after something of a hiatus, performing the brand-new piece I had the pleasure of being invited to create for the European Camarade in collaboration with David Gaffney. We were asked by poet SJ Fowler to contribute to the Manchester leg of the first-ever European Poetry Festival, and it was a blast. Find out more about the event, at the International Anthony Burgess Foundation, in my piece for Creative Tourist here. Click through to the "Live" tab here on Words & Fixtures to see the film of me and David performing our composite flash fiction piece. And check out the rest of the videos here, on the European Poetry Festival website. 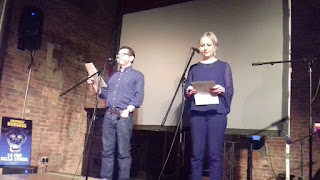 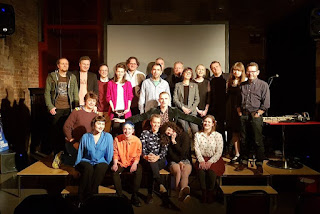 Photo: Mick Conley
Posted by Sarah-Clare Conlon at 11:05 AM No comments:

Check out this dynamic cover art for the Dostoyevsky Wannabe Cities anthologies, the Manchester version of which is out later this year, edited by Dodo Ink Editorial Director and Minor Literature[s] Senior Editor Thom Cuell, and which I've been asked to contribute to! Lovely, isn't it? 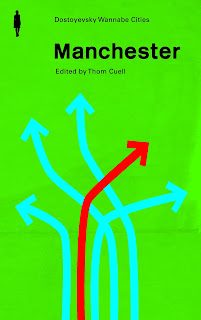 Posted by Sarah-Clare Conlon at 6:15 PM No comments:

Just before the year of 2017 faded away, I was pleased to find one of my very short stories make its way into an anthology of numbers all started in workshops at the inaugural Flash Fiction Festival, which took place in Bath over a not-so-warm early summer's weekend. My creation - about a trapeze artist, natch - took shape during a session in which micro fiction maestro Vanessa Gebbie provided some rather awkward prompts - but, hey, they worked! More about the festival and the book here, including a link so you can get your mitts on a copy for less than ten of your British pounds. 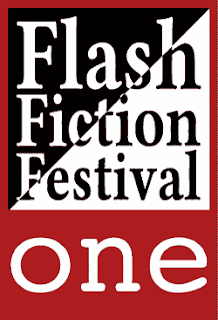 Posted by Sarah-Clare Conlon at 1:39 PM No comments: