Although absolutely anxiety-inducing and nerve-wracking, the FaxFiction event turned out great. To use some boating terms, plain sailing and without a hitch (almost - had to swap out the word "archipelago" from my story when I realised in dress rehearsal that I really couldn't say it into the mic. Yes, reader, we had a dress rehearsal!). And as well as managing to write another new short story related to water (you know the drill by now, right?), I also successfully recorded the Shipping Forecast from the analogue kitchen radio then transferred my selected sections onto a recently procured but still old Dictaphone (my original one has died; it is ancient). I also created a set for the stage show - a microcosm of a yacht's chart table, complete with sailing books, bird encyclopedia, boat wellies, binoculars, an old ensign and genuine log book and other ephemera and general flotsam and jetsam. And I read the story along to a soundtrack of a gaff-rigged sailboat at sea, for added atmosphere, on an actual rainy and blustery evening at the Waterside arts centre. All good - here's a couple of pictures (first one courtesy audience member Phil Olsen; thank you, Phil). 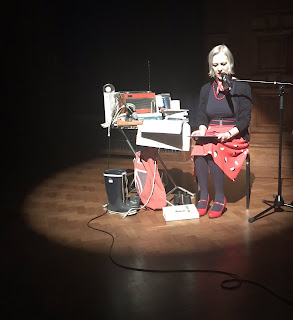 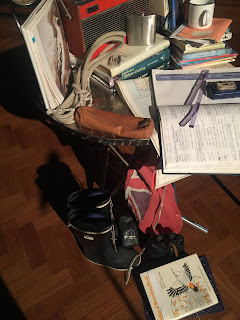 Posted by Sarah-Clare Conlon at 9:49 PM No comments:

Life as the inaugural Writer-in-Residence at Victoria Baths has been bobbing along very well and while I've not been in attendance at the Hathersage Road bathhouses much this last month, I've been busy behind the scenes - taking a tour of Withington Baths, for starters, with its fuggy full pool, and researching Chorlton Baths, now sadly shut to the public.

Weekend Of Words at the beginning of June was well attended and received a deluge of lovely comments - the creative writing workshops seemed to go down a treat, the Poetry Panel drew a crowd (including the Poet Laureate, still then, I think, Carol Ann Duffy) and Saturday evening's Re/Place(s) event featuring six specially commissioned completely new short stories saw our quota of deckchairs filled (see below; thanks to Gwen Riley-Jones for the fab photos), and someone who works at The Portico Library was overheard saying how much they enjoyed it. All kinds of book-based and literature-leaning activities took place on the Sunday, and the Baths were abuzz with writers and readers alike enjoying performances - poetry, plays, storytelling and even singing. 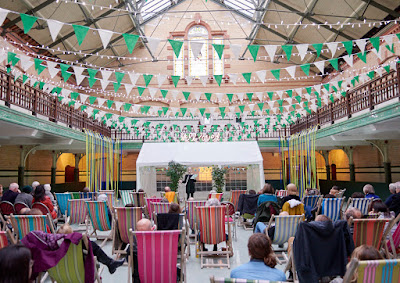 It fired me up to write a kind of coda to the piece I premiered at Re/Place(s), revisiting my character in later years as he looks back on his time as the caretaker - this will be something like the seventh story, each of varying lengths and voices and perhaps even genres, that I've been inspired to write since diving in to my Writer-in-Residence role. They're not necessarily about swimming or the pool per se, but each has water as a quite significant feature, and I've been setting them free into the world; more on that below.

The Gala Pool at Victoria Baths is filled once a year, and the next Swim Weekend will be 7 and 8 September, when I'm aiming to put on a performance of some of the work I've been whittling away at, alongside, hopefully, the winner and runners-up of the Splash Fiction writing competition we're currently inviting entries for. Full details of that can be found here - please send in stories on the theme of water, up to 300 words long, by midnight on Sunday 4 August. 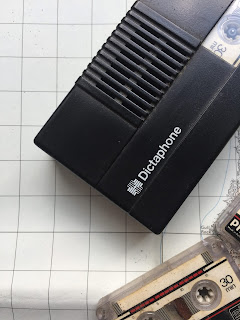 Following on from my (possibly) creative non-fiction piece The General Synopsis At Midday finding a home in the upcoming Port anthology, coming out with Dunlin Press later in the year (as reported in my last missive), I have written another longer piece (for me) about sailing, this one going the opposite direction on the Irish Sea in trusty boat Hedhyu, and featuring (at least for the time being) another Shipping Forecast-inspired title. I'm allowed; I'm a Day Skipper. I'll be performing Falling More Slowly at the end of the month as part of the rather unique FaxFiction project and performance, when short stories meet sound installations at Waterside’s Refract:19 festival as myself and five other writers (and a sound artist) premiere brand-new work about old-old tech… more on that in Creative Tourist here and ShortStops here. Tickets are available here.

Meanwhile, an experimental 'prose poem' (maybe), Let's Go Round Again, was spurred on by memories of rain-soaked canal journeys through France with Hedhyu brought to the fore by spotting the Canal du Rhône à Sète from the Paris-Barcelona train while I was abroad recently, and the 600-word piece (that's normally massive for me!) Warning Signs also had its beginnings in the very same holiday notebook (Barcelona-Paris this time), and puts into words some of the experiences of taking Hedhyu along the French rivers. Let's Go Round Again appears soon in the 'Alice' issue of Midlife Crisis zine, hopefully with a launch in Manchester; Warning Signs has just been accepted by Lighthouse Journal. Which is rather apt, don't you think?
Posted by Sarah-Clare Conlon at 9:46 PM No comments: