The Re/Place project returned as a showcase event during the inaugural Weekend Of Words festival that took place 7-9 June 2019 at the iconic Victoria Baths, aka Manchester's Water Palace, where I'm Writer-in-Residence. More about Re/Place(s) - with "s" for swimming - here; the Saturday-night performance featured Kate Feld, David Gaffney, Phil Olsen, Joe Stretch and Lara Williams alongside myself. All our specially hired deckchairs were filled and we got some great feedback from a diverse audience. 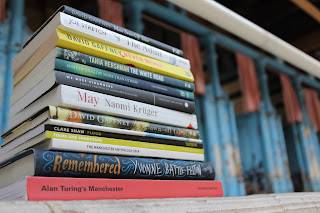 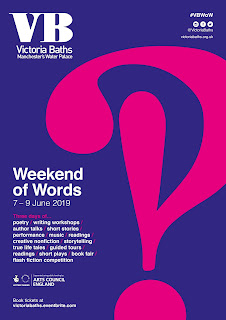 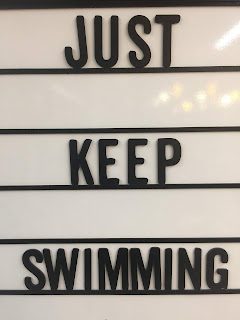 Four of the original team were joined by two new writers to participate in Re/Place(d) for Didsbury Arts Festival 2017, which explored people and places, in line with the festival theme of "roots".

From the Gates of Hell to a grand Victorian railway hotel, Re/Place(d) took a tour of Didsbury places through the site-specific short stories of writers Elizabeth Baines, Sarah Butler, Sarah-Clare Conlon, David Gaffney, Nicholas Royle and Adrian Slatcher, set against a backdrop of archive film and photography on 1 July 2017 at The Old Parsonage, Didsbury's second oldest building.

A daytime creative writing workshop was held on Friday 30 June as part of the project, which was supported by Arts Council England. Of our participants, one is known to have gone on to be named Northern Soul Writer Of The Year and one runs a Saboteur Award-winning spoken word night.

Some of the commissioned stories went on to be published - David Gaffney's The Dog and Nicholas Royle's Safe in Confingo Magazine, Elizabeth Baines' The Next Stop Is Didsbury Village in Salt Publishing's Best British Short Stories 2018 anthology and Sarah-Clare Conlon's piece, along with one of her flash fictions from Re/Place, in the Dostoyevsky Wannabe Cities: Manchester anthology, published in 2018. 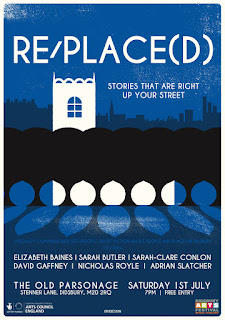 Flyer design by Or8 Design.

As part of Chorlton Arts Festival 2015, six critically acclaimed and award-winning writers each sharing an interest in psychogeography and urban exploration penned pieces about ghost places and the re-appropriation of spaces in the Chorlton environs.

Three of the Re/Place contributors subsequently headlined at the Verbose prose and poetry night at Fallow café on 26 October 2015, compèred by Sarah-Clare Conlon, with Re/Place readings and projections from Sarah Butler, Kate Feld and David Gaffney.

Some of the stories went on to be published - David Gaffney's The Staring Man in the Best British Short Stories 2016 anthology, Nicholas Royle's Miscue in the Being Dad: Short Stories About Fatherhood anthology and Kate Feld's Longford Cinema piece on Comma Press app MacGuffin.

See the Re/Place website for more.
There are lots of photos from the CAF event on the Facebook page here. 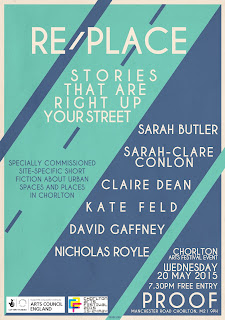 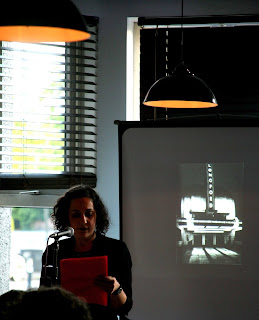 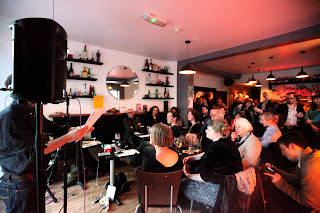 Above: Re/place. Images by Ged Camera
Below: Work in progress... 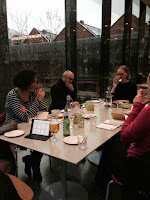 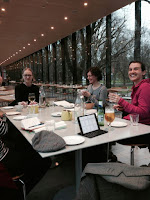