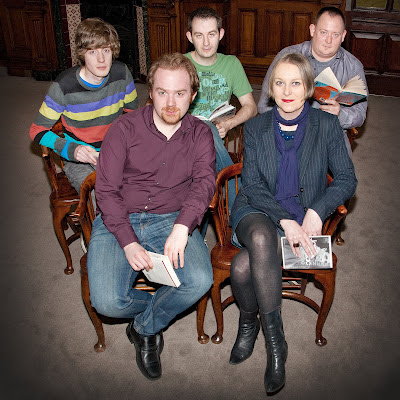 I am one-fifth of Manchester-based writing collective FlashTag, although we're not so active these days. The FlashTag Writers are (left to right) Dave Hartley, Tom Mason, Benjamin Judge, Sarah-Clare Conlon and Fat Roland. We've performed together, organised spoken word events, ran creative writing workshops, judged flash fiction competitions and published short story anthologies. You can find us online here and you can buy copies of our book, Quickies: Short Stories For Adults, here.

FLASHTAG APPEARED AT THE BLOG NORTH AWARDS DURING MANCHESTER LITERATURE FESTIVAL ON 8 OCTOBER 2014 AT THE DEAF INSTITUTE - MORE HERE.

"Big props to the Flashtag collective for organising what is one of the most reliably fun lit events in Manchester."

FLASHTAG HOSTED THEIR SECOND SHORT SHORT STORY SLAM ON 22 APRIL 2014 AT GULLIVERS ON OLDHAM STREET IN THE NORTHERN QUARTER. THE MANCHIZZLE SAID:

"The Flashtag team were experts at wringing the maximum entertainment from the experience while also maintaining a friendly and supportive vibe throughout. It’s great to hear that they’re thinking of doing this every few months – judging by the big crowd last night it could do very well indeed."

“…perhaps the best of the Didsbury Arts Festival
– something unique, home-grown and radical,
a real stand-out event. A real literary treat.” 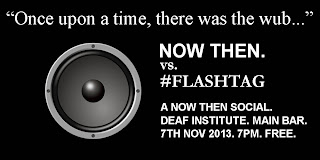 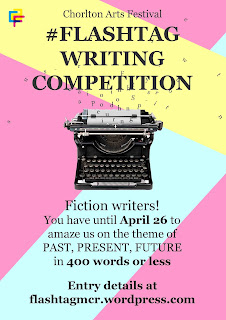 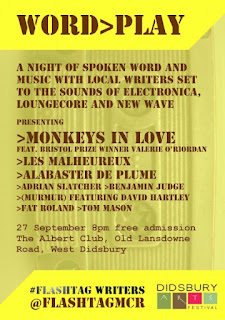