Last night I read at the University of Bolton's Live Literature night, just little old me and the poet Steven Blyth, who was a very nice man indeed. This was the first time I've read an extended set - about 20 minutes in the first half and another 15 in the second; probably about 10 stories in all. 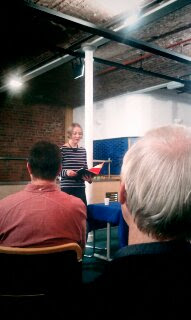 It was petrifying but really nice to get such a lovely reception: lots of laughing and clapping and people saying how much they enjoyed it. I even had to sign books (!) and do a Q&A, and when I was asked about flash fiction, I had to pretend to be all intellectual, like. Ah, you know me. Mentioned Ernest Hemingway; that seemed to do the trick. That, or the patent red high heels. 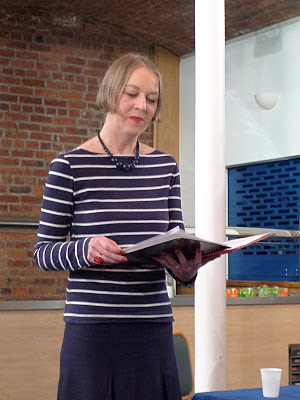 Anyway, I got quite a buzz from doing it, despite serious jitters beforehand and some awful shakes during (not the DTs, for once). So if you need me to perform at your spoken word night, wedding or Bar Mitzvah, just let me know. 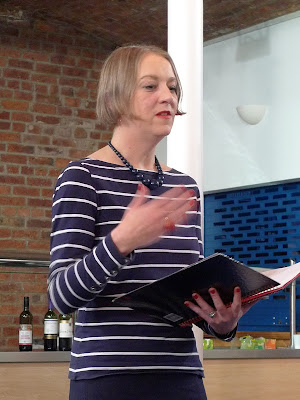 The Live Literature nights are back in the new year. February is Zoe Lambert and Jon Glover, both of whom were in attendance last night and very supportive. The month after it's Jane Rogers and Gwendoline Riley. Can't ruddy wait. Check out the Bolton Uni website for more.

*That's a subbing joke.
Posted by Sarah-Clare Conlon at 1:04 PM