I'm chuffed to have had another piece published by The Manchester Review, which you can read below with some lovely photographs by Jonathan Keenan or on the site by following this link.

Subheaded “a magical comedy about love and time travel” and featuring former Coronation Street actress Suranne Jones (who trod the boards very persuasively for the first time here in 2009’s Blithe Spirit), Orlando is likely to get plenty of bums on seats whether this and other reviews are positive or not. In fact, an arts blogger pal confided that his plus-one went on the strength of the celebrity casting alone. Still, if the usually reticent can be tempted in through a theatre’s doors for whatever reason and is then presented with something as impressive as this Max Webster-directed stage adaptation by Sarah Ruhl (which premiered in New York in 2010) of Virginia Woolf’s famous sex change novel, who cares? 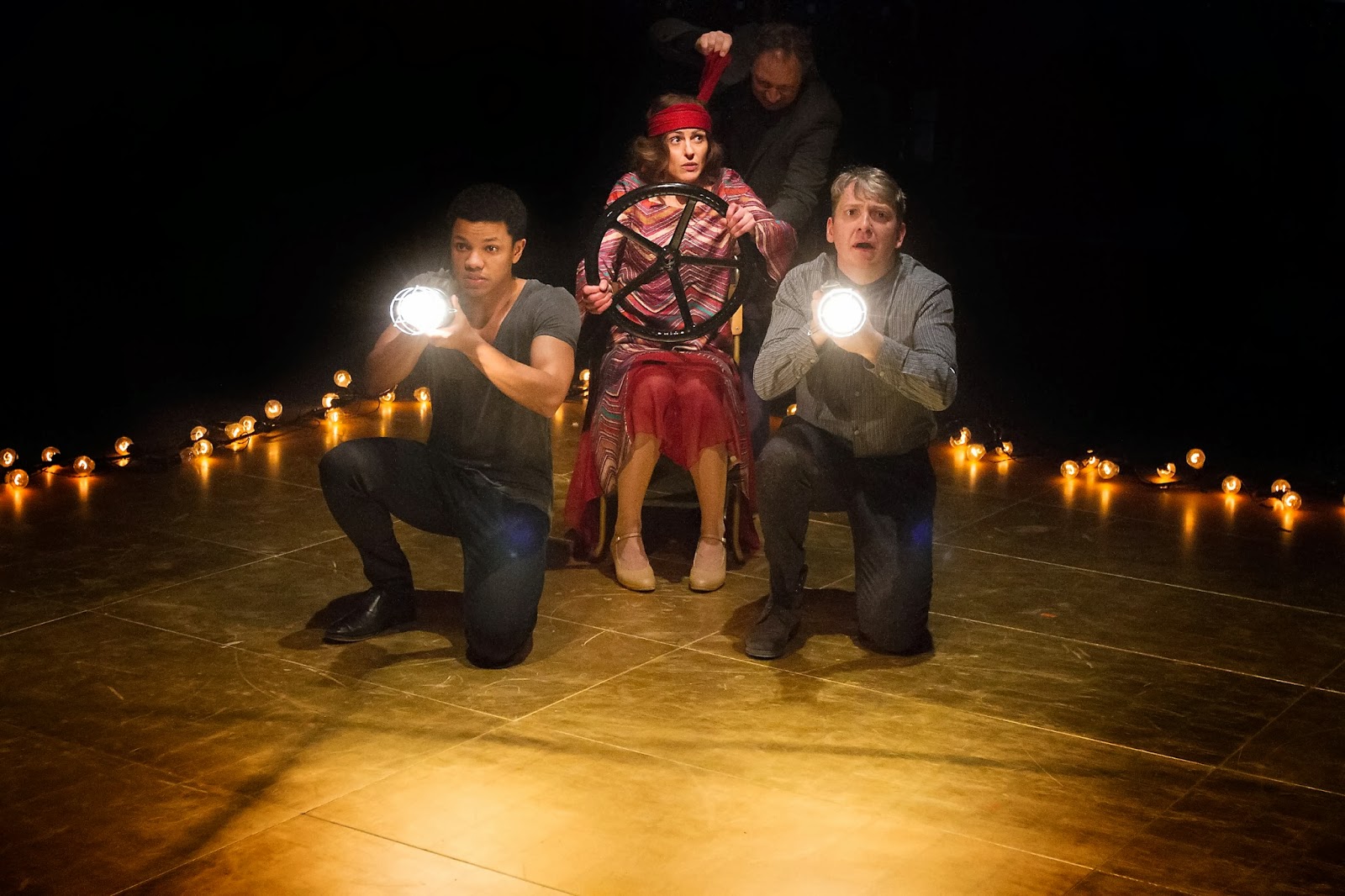 Living up to the Royal Exchange’s consistently high standards, the props and costumes do not disappoint – from the incarnation of the Great Frost of 1608 to the ingenious 1920s car ride, and from the pantomime dame Queen Elizabeth’s fairy-lit dress to Orlando’s clipper hat as she sails back to London from Constantinople. The production is also liberally sprinkled with amazing effects, not least the jaw-dropping aerial work with Molly Gromadzki making incredible use of the round as she portrays Sasha the Russian princess skating along the frozen Thames and seducing the young man version of Orlando. 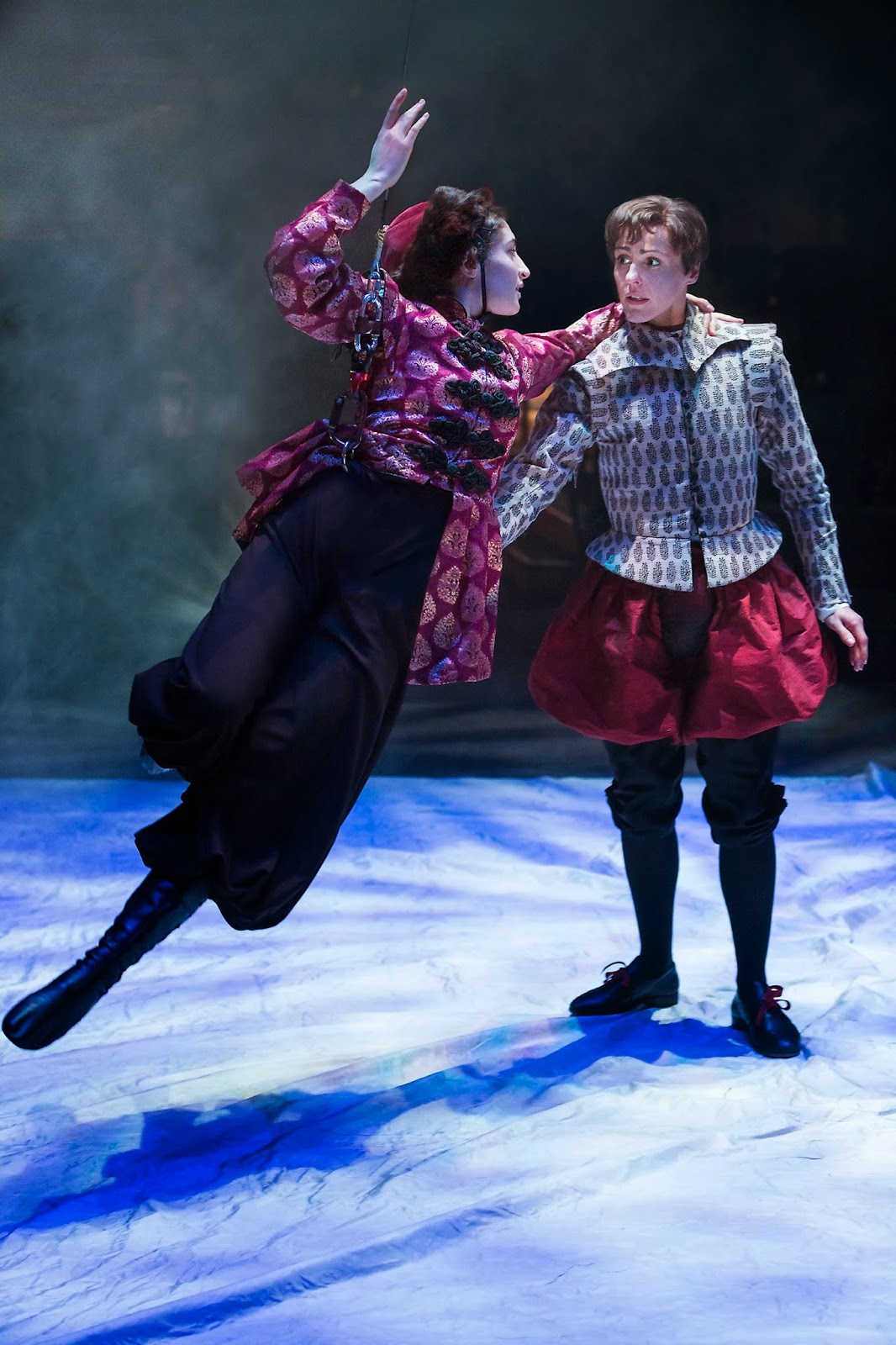 Yet the juicy strawberries atop this delicious Victoria sponge have got to be the performances, all incredibly accomplished and delivered with such vim, the cast members seem honestly to be enjoying themselves, not just doing their day job. Aside from Jones and Gromadzki, there is a chorus made up of three male narrators played by Richard Hope, Thomas Arnold and Tunji Kasim, who also provide sound effects (an annoying bluebottle, for example) and take on the roles of sideline characters such as the Captain of the ship of the Russian Embassy and the hilarious S&M-loving Archduchess/Archduke. 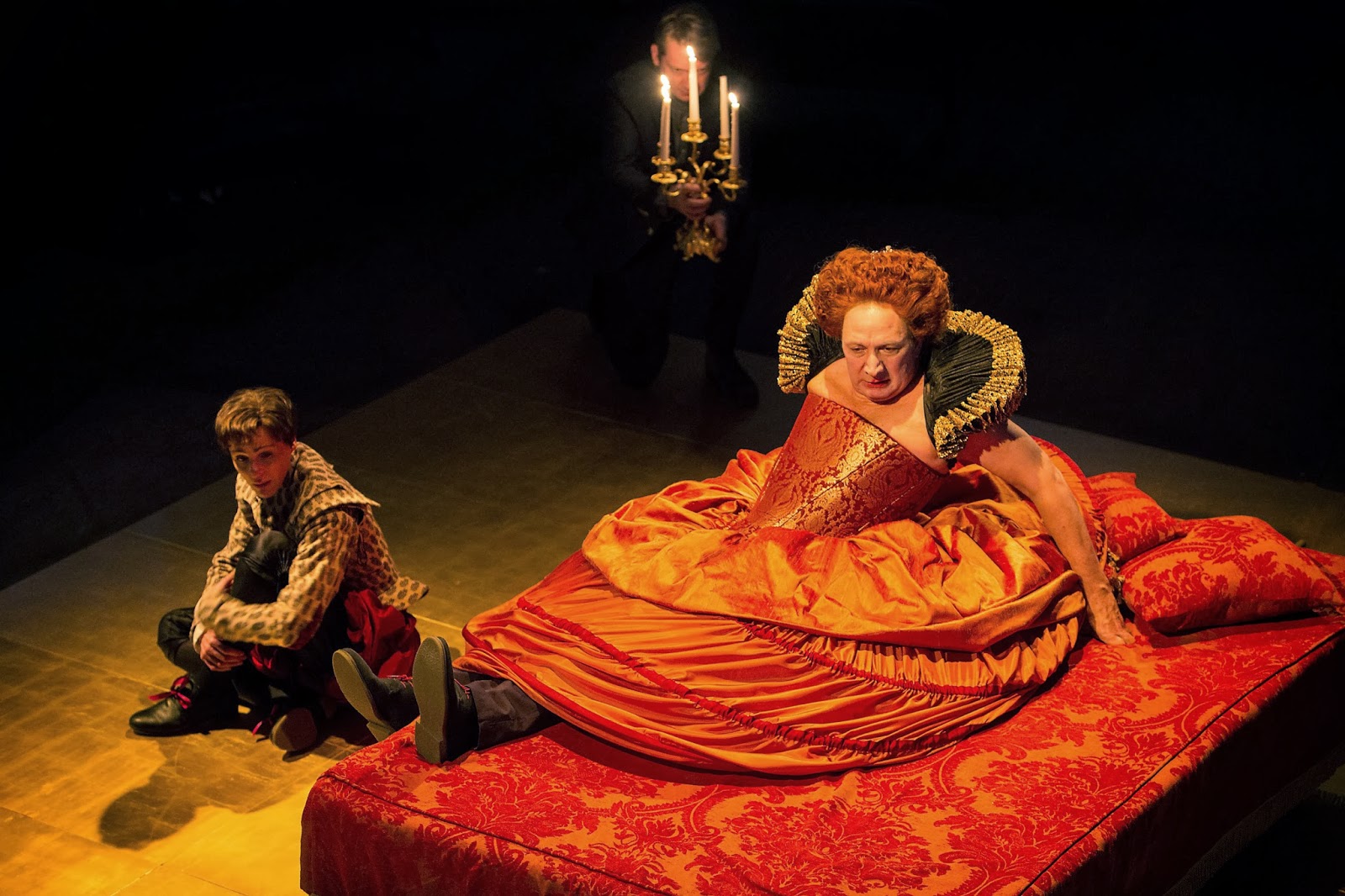 Talking of which, the success of the script relies heavily on racy references and jokes, both visual and spoken (“May I give you more sauce, Ma’am?” the ship’s captain asks to much laughter), but thanks to the actors’ slickness, reciting speeches in perfect unison, for example, and the boundary-pushing presentation of the show, there’s never any threat of it teetering over the edge into pure bawdy Vaudeville. It’s good fun, but intelligent, and intelligent yet accessible.

“You’re many things to many people”, Orlando the character is told. Orlando the stage production could well be the same.

Orlando continues until 22 March at the Royal Exchange. See royalexchange.co.uk/orlando for booking details.
Posted by Sarah-Clare Conlon at 6:34 PM