Eyes on the prize

I’ve been here, sitting on the sidelines, waiting in the wings, overflowing with updates to share on the blog – but I thought I’d hold out on posting until now, when the secrecy I’d been sworn to is finally allowed to be released into the wild. The exciting news I’ve been holding in for over a month is that one of my favourite recent pieces has been shortlisted in this year’s Bridport Prize - out of 1,722 flash fiction entries! The lovely email said “That puts you in the top 5% of the competition. Take a bow. Well done!”, after starting with the wonderful opening gambit of “It’s inspiring news” (far better than another recent missive that began “Your job” – more on that later). You can watch a great video of the “prize-giving ceremony” with films of the winners reading their work and the judges describing their process here and see the shortlists in each category – flash, short stories, poetry and novels – here. 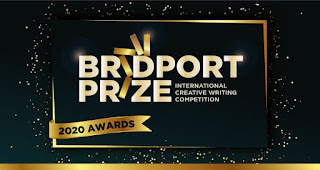 I also heard through the grapevine (Twitter) that Confingo #14 is out this week. I’m proper chuffed to have what I’m calling a “triptych” (I’m currently working on the annual AIL Report all about artwork saved for the nation, so I can’t help myself!) of prose poems published therein. I’ve had quite a lot of flash fiction and short stories printed, and I’ve had poetry online, but I think this will be my first "proper" poetry in actual print since I was 12, when I won an engraved fountain pen in the WH Smith Young Writers' Competition. Yes, I still have the pen, in its presentation box; I’m not a monster. For the Confingo triplet, I even got paid – a crisp twenty pound note has just been popped through the letterbox and I’m considering sticking it on my bedroom wall to bring up in future talks, à la Armitage. 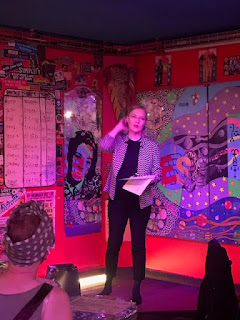 The Confingo trio is from my debut pamphlet cache-cache, which was given an airing (well received, too, which is nice) at Paris Lit Up and which is looking for a home while I start thinking about my next, entitled Water Palaces & Chateaux d’Eau and drawing on my experience as Writer-in-Residence at Victoria Baths. In the meantime, I’ve been working on some other poems, have completed the rather good University of York online poetry course with FutureLearn, How To Read A Poem, and I’m about to make a start on Forward Prize-winning Maliker Booker’s Arvon five-day poetry writing challenge. 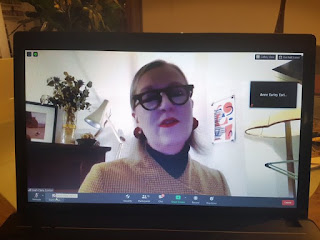 Also coming up print-wise is mine and Jazmine Linklater’s European Poetry Festival collaboration, which will be featured in the forthcoming Oulipo supplement in PN Review – very exciting indeed! PN Review and Carcanet supremo Michael Schmidt is hosting an event at this year’s online Aldeburgh Poetry Festival (the Port anthology was launched there last year) featuring The Penguin Book of Oulipo editor Philip Terry – who’s also coming up at a special zimZalla event on Wednesday 18 November at 7pm alongside Sophie Herxheimer (loved her cutup stuff on New Boots & Pantisocracies, also featuring one of my cache-cache numbers, 'Guidance Avoidance'); zimZalla being the object publishing arm of Tom Jenks, who I was recently seen chatting to online alongside CD Rose at two Love Bites evenings – the first, David Collard’s salon series Leap In The Dark, and the second (below) as part of Altrincham Word Fest, for whom I also ran a flash fiction showcase event (above). And breathe. 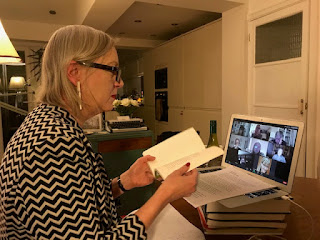 Jazz has just published a pamphlet, Figure A Motion, with Guillemot Press, and her launch with Chener Books is one of the many events I’ve been patronising, virtually of course. Since last we spoke, I’ve heard from The Mezzanine and Room Temperature (love those books, very infra-ordinary) author Nicholson Baker via a University of Glasgow livestream, I’ve been to the Winchester Poetry Prize-giving, hosted by Man Met's Andrew McMillan, and the aforementioned Forward Prizes, and I’ve attended the first event at the first online Manchester Literature Festival, when Daisy Johnson and Sophie Mackintosh chatted to the Centre For New Writing's Jeanette Winterson (one of my tutors when I was there). Just in the last week, I’ve been to a York Centre for Writing Poetry event featuring Vahni Capildeo (star of the How To Read A Poem course and Jazz’s mentor for Figure A Motion) and Rebecca Tamás reading from their work and chatting to Caleb Klaces, senior lecturer in Creative Writing and English Literature at York St John, the closing Altrincham Word Fest event, featuring The New Abject anthology from Manchester's Comma Press, with readings by Lara Williams and Sarah Schofield, and Live From The Butchery, an almost monthly event hosted from their home by Helen Ivory and Martin Figuera, and yesterday welcoming George Szirtes among others. Coming up, I’m looking forward to Rosie Garland’s Nine Arches Press launch – I’ll be putting something up about it shortly on the Creative Tourist Literature Guide.

Of course, with the smooth comes the rough, and as October faded away, so too did my tenure as subeditor (and, previously, copywriter) at one of Manchester’s online platforms, the direct result of furlough reaching its zenith and the Government not deigning to announce an extension to the job retention scheme until 31 October. Ho-hum. Anyway, I’m not leaving it at that without some kind of recognition, nay celebration, of the absolutely amazing work I contributed, so here’s a rundown of a few of my favourite headlines I came up with… Caught in the muddle (for a story about a cocktail “mixologist”), Ace of bakes (Greggs pasties, obvs), Let’s get quizzical (pub quiz), One to relish (dirty burgers), The wurst that can happen (Oktoberfest), For cluck’s sake (chicken “event”), In cider dealing (no, not sure), Sweet cheeses (again, nope, give us a clue). Proof, I’m sure, that I can turn my hand to pretty much any topic. Also, I’m here all week…

Posted by Sarah-Clare Conlon at 12:47 PM