A change to our schedules

This post, we take a break from writing to look at art, or maybe, more accurately, to look at writing looking at art.

Mine and Jazmine Linklater's collaborative project, 900 – which we created to perform at the European Camarade as part of the 2019 European Poetry Festival (a year was skipped due to the pandemic, but it's back in Manchester this summer, hopefully at the shiny new Manchester Poetry Library, on 8 July) – has just been printed in PN Review. This work, partly explained by me in the contributors' notes to PNR259, stemmed from three dreams each, three cafe visits each and three trips each to art galleries, observing the goings-on therein for an hour from a fixed point. Swapping out verbs from one dream each (we condensed our three down then picked the most interesting), adjectives in the selected cafe pieces, and nouns between our two chosen galleries, you'd be hard-pushed to identify which places we'd been to – in effect, the whole thing became somewhat like a dream – the number 900 is significant in dream theory; the swapping is significant in Oulipo experimental writing exercises. For the record, my art palaces were Dulwich Picture Gallery, Manchester Art Gallery and The Whitworth, overlooking the park. 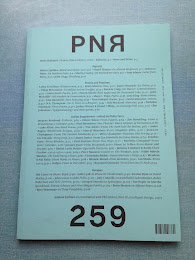 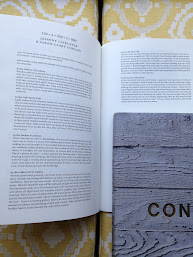 I've also been busy trying to reintegrate into normal life, which I've got to say is more tricky than I had anticipated. Still, I managed to catch the Brutal exhibition at Saul Hay Gallery before it finished, and, same day, my art immersion continued with a spin around Grayson's Art Club, with its inspiring, intriguing and sometimes eye-opening amalgamation of contributions from both celebrity invitees and viewers of the first series of the Channel 4 show. A week away in Cornwall involved a, er, potter round the Bernard Leach Pottery (due to Covid restrictions, only the shop was open at that point, but you take your kicks where you can get them, right?), a chat to a street artist painting a gable end with a mural of his ceramicist friend, another chat with the person running the New Craftsman Gallery, a quiet contemplation in Barbara Hepworth's studio and garden amid a downpour, a whirlwind tour of all the Hepworths we could lay our eyes on, and a trip to the newly extended Tate St Ives. 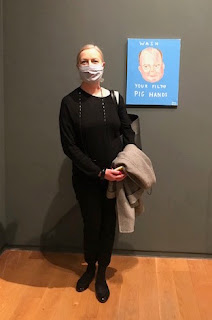 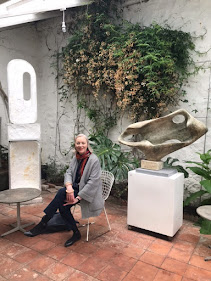 What a pleasant surprise to wander into the first gallery and be faced immediately with Joan Eardley's 'Salmon Net Posts'. I allude to the painting – all big, bold brush strokes of vibrant blues and whites and greens – in the poem I contributed to the anthology marking the Scottish artist's centenary year. By pure coincidence, I'd had the honour of reading the piece live from St Ives only the night before, 18 May, celebrating the date of Joan's birthday and the official launch of the project. Organised by Colin Herd and co-edited with Sam Small, the Eardley anthology, All Becomes Art, will be published by independent Glasgow house Speculative Books later in the year; the call for work is on and the deadline is 28 June. 'Place Setting (Catterline)' was my first piece of proper ekphrastic poetry in recent memory (I feel I've done some before, maybe as far back as during my first time round studying), and it was a really enjoyable and enriching experience – as I babbled at Sue, the Tate St Ives invigilator. Hopefully, she is now telling everyone who comes through the doors that it's Joan Eardley's centenary year. Here's a picture... 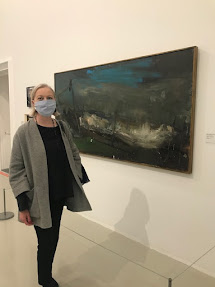 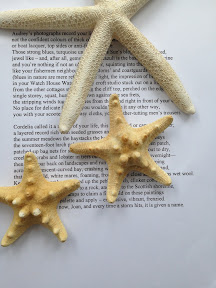 Posted by Sarah-Clare Conlon at 11:29 AM