Yesterday I went on a train. This is obviously the kind of behaviour that warrants me the Twitter bio label "part-time adventuress". A train! Actually, I went on two trains: one there, one back. Imagine!

So I went on a train and the train went to Liverpool and I went on a train to Liverpool to look at some art. First off, I hotfooted it to the lovely becolumned Walker Gallery to see the show Art In Revolution: Liverpool 1911. It harks back to an exhibition of international Post-Impressionist and local avant-garde artists held in the Bluecoat 100 years ago. It didn't blow me away, I'll be honest, but it is very varied and there are some quite nice pieces (nice bit of Gaugin; some really nice woodcuts; a nice spot of Pointillist stuff, possibly even Seurat, I can't remember). 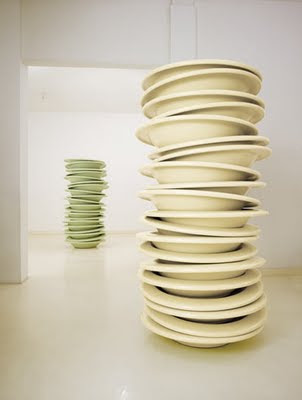 From here, I sauntered over to the Tate in the Albert Dockhhhhh. A giant table and chairs drew me Alice in Wonderland-style into Robert Therrien: Smoke Signals, but it was the towering pile of plates (above) that was really great - the gallery invigilator told us to be careful when walking around it, as the effect of the perspective throws you off balance. He wasn't wrong: it was an almost interactive experience. 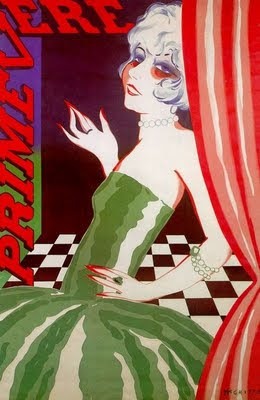 Anyway, the reason why I really came to the Tate was to see Rene Magritte: The Pleasure Principle. It's on until 16 October, but I've been wanting to go for, like, ever. There's a ton of stuff: paintings, drawings, collages, ads (above), photos... 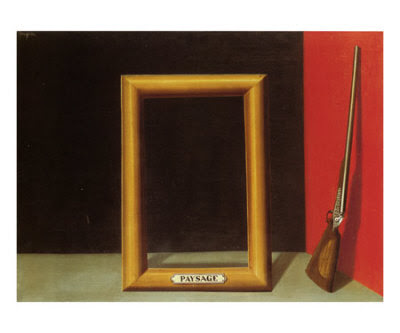 There's the bowler hat stuff, the train coming out of the fireplace, the Ceci n'est Pas Une Pipe series, giant apples, flapper ladies, lots of tits. I liked Les Charmes du Pays, a rifle next to an empty picture frame titled Paysage (above). Kinda funny. Also liked The Menaced Assassin for its strong narrative, Popular Panorama for it's cut-away multi-layered view, and The Lovers II (Les Amants) (below). Apparently this is inspired by an image from the cover of a private dick pulp fiction comic Nick Carter, Detective, where the dying heroine has her head hidden by a sheet, which has led to me spending a good part of the past hour looking at magazine covers on Google images. The Spicy Detective and Saucy Detective series look great. 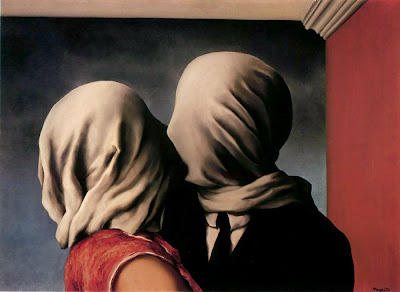 Posted by Sarah-Clare Conlon at 11:54 AM