I've been published by The Manchester Review. Here is a reproduction.

While live Tweeting from Thursday evening’s celebration of the short story, it struck me that both quotes I picked out to share with the ether involved the word “great”. How fitting, I mused: more compact doesn’t have to mean less impact; just because something is bijou size-wise doesn’t mean it can’t be big on effect.

As if to prove the greatness of short stories, Dr Kaye Mitchell of the University of Manchester’s Centre For New Writing drops into her introduction mention of Alice Munro and Lydia Davis, both recently crowned champions of the form. Something to do with a Nobel Prize and a Man Booker International Prize. “We’re recognising the international status of the short story at the moment – it seems to be a good time for it,” suggests Mitchell. And tonight’s guests, Deborah Levy and Sarah Hall, both Man Booker shortlist alumni, aren’t exactly lagging behind in the gong-collecting; in fact, only in the last fortnight did Hall pick up the BBC National Short Story Award, for which Levy was nominated in 2012.

Mitchell says that Metro newspaper described Hall’s collection, The Beautiful Indifference, as “luscious, sensuous stories”; The Guardian, meanwhile, called them “dark, fierce and sensual”. Hall reads the first of the bunch, Butcher’s Perfume; a Cumbrian tale of schoolyard bullying and bonding that packs a punch in more ways than one. Levy reads from the second of her short story collections, Black Vodka, prologuing it with an ice-breaking anecdote: “The curious thing about titling the collection Black Vodka is whenever it gets translated my publishers keep taking me to the best vodka bars they can find when I just want to stay in my hotel room. My next collection is going to be about hypochondria and is called Hot Milk!”

Cue laughter from the audience, in which are sitting a number of other critically acclaimed writers, then we’re down to the serious business of discussing the art of the short story. “Great short stories are a drop of something potent,” says Hall, and Levy nods. “I see something and it prints on my mind, like a photograph,” she explains. “I want short stories to be very vital and intense. I think about their metabolism when I write them – their heartbeat is very fast.” Conversely, they can be a long time in the making, with a “ridiculous amount of rewrites”. Hall agrees: “It took a while for this collection to come together, but I don’t think that’s unusual. Short stories are very difficult to perfect.” “There is a feeling, when you’ve pulled off a short story, of great satisfaction,” affirms Levy. Great stuff. 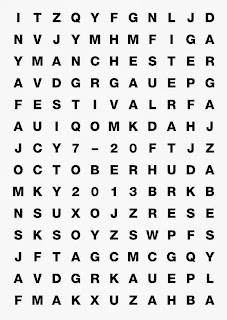 Posted by Sarah-Clare Conlon at 6:27 PM