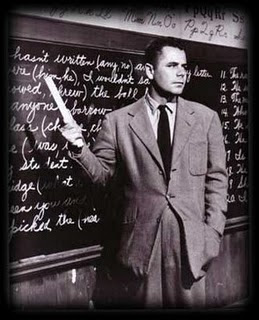 Last week, amid all the balanced, unbiased BBC reporting about the, er, BBC, the corporation's news channel did manage to keep a clear head and make sure we knew about a list-making exhibition currently on at the Archives of American Art in Washington. Don't mock; it's important stuff.

I'm a big fan of lists, actually, making plenty myself and also collecting the discarded inventories of others with the vague idea of using them as the basis of some kind of future project which I've yet to develop a concrete plan for.

In the article, Liza Kirwin of the Archives of American Art explains the revelatory aspect of lists: "This very mundane and ubiquitous form of documentation can tell you a great deal about somebody's personal biography, where they've been and where they're going."

I'll say. One of the lists I plucked from a wire shopping basket includes the rather specific "new pile cream". Others reveal how people really can't spell (broccoli and potatoes are a particular stumbling block).

But from reading this article, I'm pleased to learn that "taxonomy" is about list-making ("the science or practice of classification", Collins defines), and has nothing to do with stuffing dead animals. I wonder how I managed to get this far in life without knowing this fact.

ADDENDUM 16/03/10
Check out fellow Manchester Blog Awards Best New Blog winner (class of 2008) Follow The Yellow Brick Road's post on lists, where she references some other list-making bloggers.
Posted by Sarah-Clare Conlon at 10:00 AM