Hullo. Remember me telling you about the, like, way awesome new collaboration I'm involved in, called Ask Ben & Clare? Yes, you do; stop messing. I've been dropping enough giant, neon-signed hints. Here's our Graham with a quick reminder.

My inimitable co-collaborateur and most deserving Manchester Blog Awards 2010 shortlistee (in not one but two categories - vote for him here before 5pm on Tuesday!) Ben says, in his very own pages: "Those of you who are still all trousers and a large champagne cocktail on a Friday night will have already seen that there is a cool new blog on the undeniably hip medium of blogs. In fact I’ll go further, I’d argue that if Ask Ben & Clare was any closer to the cultural zeitgeist it would be opening up its own bar in Chorlton while celebrating the fact that its new single [...] has gone straight to number one by having a good laugh about how cupcakes are so late last year." 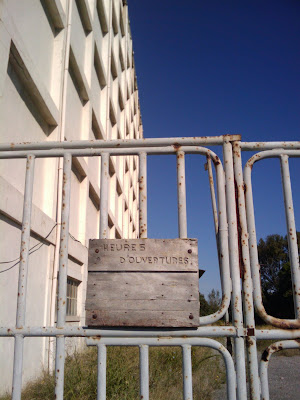 Quite so. And the enterprise is now well and truly open for business, as you'll see if you happen to shimmy on over, and we're looking for new customers (the photograph is, uh, ironic). Yes, we want you to get involved, and, we're telling you, you want to get involved, you really do.

So send us a question, please. Do it now, while you're in a mid-Friday afternoon lull and staring blankly at your screen pretending (quite well, it has to be said) to look useful and an asset to your secretly-but-everyone-knows-it-planning-on-downsizing company. Email it to askbenandclare@gmail.com and we will endeavour to answer it both succinctly and wittily (and hopefully usefully). You can choose to remain anonymous by utilising a nom de plume if you so wish, either to keep your identity a secret from your adoring public or to protect the innocent. We don't mind. We don't ask questions; you do.
Posted by Sarah-Clare Conlon at 2:50 PM