As promised, as planned, yesterday I swung by the International Anthony Burgess Foundation, where I practically live these days. Tony Treahy introduced experimental poet James Davies and flash fiction author David Gaffney and what turned out to be something of a surreal evening, complete with PowerPoint presentations, PhotoShopped images and computer-generated voices. 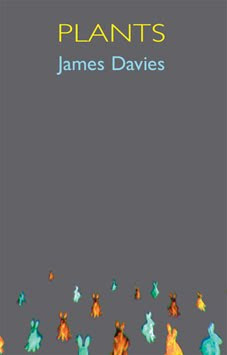 I've never encountered James before, and his work is definitely out there. Some I found confusing (for example 16 Glass Bead Games; I know nothing of Hermann Hesse, who inspired it); some I found amusing. He opened with a number of "notes" on pieces he's begun and never finished, many not even getting further than a basic idea on a page. There are 44 of these Unmades in his collection Plants, each one with a slightly differing construction:

He then read from his Occasional Poems, but it was the last segment, delivered via two on-screen characters (a man and a woman, called Audrey), that caught my attention and had me and Fat Roland giggling with its great language and mix of made-up words, use of trademarks and celebrity names, and random juxtapositions. We particularly enjoyed the concept of "flea spunk". 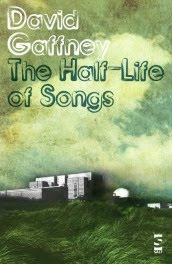 Next up, David gave us The King Of PowerPoint, which is the very funny story of Bob's leaving do and the head of IT's deliberations over the accompanying presentation. He then read a couple of stories from the 23 Stops To Hull project (published in his latest collection The Half-life Of Songs), with a tale told about every junction on the M62. These are twinned with a slideshow; I've seen this twice now and the cutesy unicorns floating about Eggborough still made me nearly cry with laughter. Last up was George and his health and safety shed. I don't remember what it's called. My refusal to take notes sometimes disappoints even the hardiest amongst us. I can only apologise.
Posted by Sarah-Clare Conlon at 10:07 AM