Roll up, roll up

Look, I've written a review of Station Stories for Manchester Literature Festival. Having gone on and on and on about it for, like, ever, I thought it was only polite to go along and check it out. Tonight I go along again. It's just as well, because yesterday I was so awestruck by the project not to mention downright nosy and watching folk from various vantage points that a couple of times I somehow forgot to listen. Here, however, are some of the particular lines in the stories when I did pay attention and was duly rewarded...

David Gaffney: "dabbing cream onto her face, like pressing fingers into wet moss". 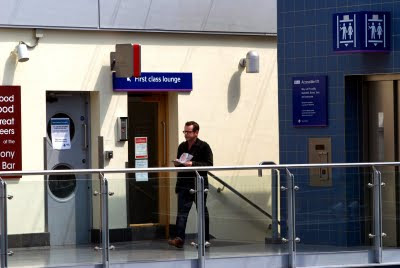 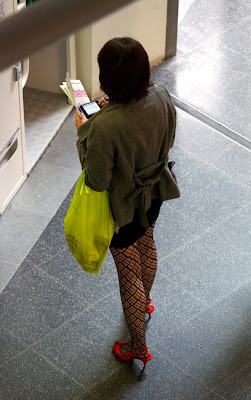 Tom Fletcher: "Neuromancer ... 'each rang in turn, but only once, as he passed'". 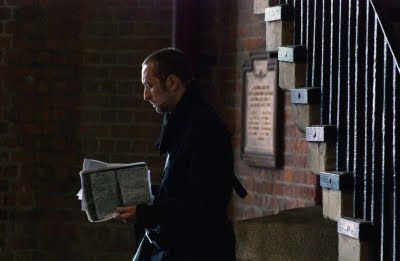 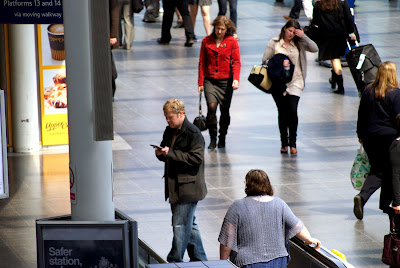 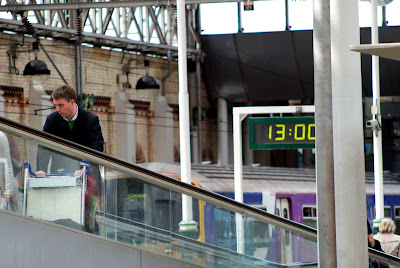 Nicholas Royle: "your mam makes me soup now like my mam did". 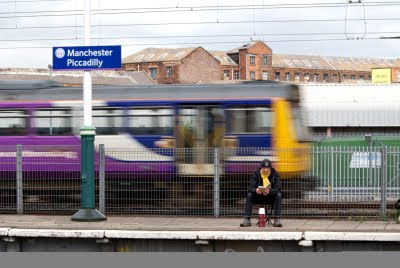 Thanks to Conrad Williams for sharing his ace images. Go and see him at Waterstone's tomorrow from 2pm.
Posted by Sarah-Clare Conlon at 2:05 PM