Last night was the third meeting (my first) of the Sci-Fi Book Club at Northern Quarter-based community hack space Madlab. About 21 people (two-thirds, perhaps not surprisingly, of the male variety) collected to critique The Drowned World by JG Ballard (aye, him out of Empire Of The Sun). 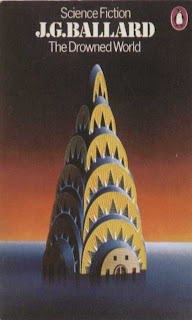 In initial pre-discussion discussion, most gathered were pretty vocal about how much they disliked the text; so much so, that volunteers to act as stand-in advocate were unforthcoming until one brave lady stepped forward to meet the challenge. Still, even she looked relieved when Omar eventually did make an entrance, complete with 14 salient points and questions already prepped to give the discourse some kind of structure. 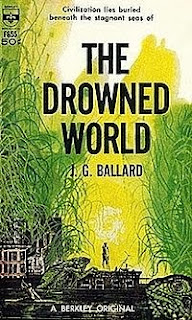 Once the debate got underway, many of the naysayers suddenly switched sides and put forward reasons for backing the book, but overall the reception still wasn't that shiny. We chit-chatted about the prose (I thought it was way too bogged down in superfluous adjectives, overly-complicated vocabulary and messy, meandering sentence structures; others described it as "beautiful"), characterisation (or lack thereof), themes, and categorisation, rightly or wrongly, as science fiction. 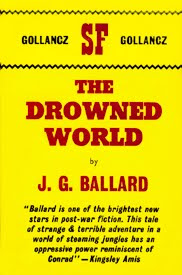 Following a quick nosebag break (Mighty Meaty versus Vegi Volcano) and sideline natter about the chilli sauce left over from Interesting Monday, we were all asked to think positive and say one thing we each liked about The Drowned World. 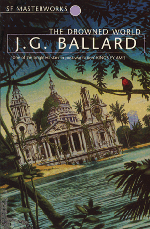 I liked the work's premise - I thought the gradual destruction of the Earth as sea levels rise following the melting of the icecaps would have resonance in the context of global warming. That thought was about as far as it got. As the book clubbers all agreed, there are plenty of ideas that Ballard introduces, some with the promise of developing into quite a catchy storyline, but most dwindle off into the overwhelming drabness of the heat haze. The picture of murky lagoons, tropical plants, giant bugs and threatening lizards is vivid and all-encompassing, and it seems to be at the expense of anything else. Perhaps that's the point, we wondered, but even words like post-apolocalptic and dystopian that usually work for this kind of narrative don't find a place here. 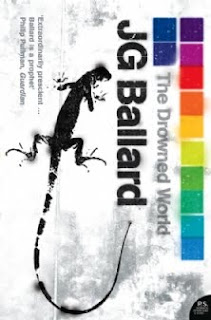 ----
The next book on the reading list is William Gibson's Neuromancer; according to Wikipedia , the most famous early cyberpunk novel. I hope it's less wet than The Drowned World, and more inspiring than Keanu Reeves (someone mentioned that Johnny Mnemonic is based on it). Homework also includes Clifford Simak's Skirmish from the short story collection A Science Fiction Omnibus (Penguin, ed Brian Aldiss). The next meeting is Tuesday 20 April; in the meantime keep on top of things via the Google group or Twitter, using the hashtag #mcrsf

ADDENDUM 18/03/10
Here's the Madlab blog of the evening (complete with attractive photo of the group); here's fellow newbie Helen's take on proceedings.

ADDENDUM 13/04/10
Resident Sci-fi Book Club intellectual Adrian Slatcher gives his well-educated verdict on the book (which he picked, incidentally) on his blog The Art Of Fiction.
Posted by Sarah-Clare Conlon at 10:58 AM