Yesterday, the wonderful wizard behind 330 Words (hi Tom!) published a short story I rustled up the other day and which I will be reading at Bad Language on Wednesday (7.30pm, The Castle - be there; I'll also be treating the audience to a couple of my rather more smutty stories. They are each 69 words long. Don't ask me why; it's a totally arbitrary wordcount, obviously).

Anyway, the 330 word story is rather less smutty, although it is about women withholding sexual privileges from their husbands and lovers (I nicked that phraseology off Wikipedia; more on that in a moment). It's sort of a feminist dystopia. I call women "birds", so that's likely to offend some people. The feedback I've had so far, however, has been very positive and one interesting comment I just heard is that it's not dissimilar to the Greek play Lysistrata by Aristophanes. 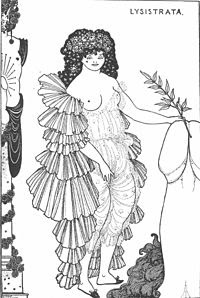 I had no idea. I was dragged up on The Wirral, mostly, and know nothing of Greek literature, except that it exists and I hear was quite popular. So Bird Strike, which you can read here, was not my poor attempt to plagiarise a far greater work of fiction. Still, I guess Aristophanes is no longer with us, so he's not going to get me on copyright issues in any case.

Wikipedia tells me that Lysistrata "is notable for its exposé of sexual relations in a male-dominated society and for its use of both double entendre and explicit obscenities". Good old Aristo, I like him already. And he had a bloody top beard. 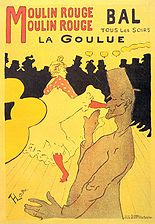