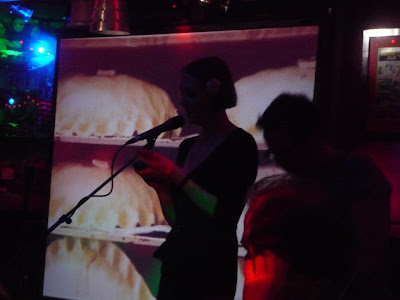 This time round, we performed more pieces and combined the cheesy organ music and deadpan delivery with PowerPoint presentations for a bit of extra, y'know, depth. There was some slight controversy over the first number, satirical social observation Eat Less Pastry, but all in all the set was really well received, and was even described as "brilliant" (not once but twice!) by Manchester Music.
Posted by Sarah-Clare Conlon at 3:06 PM