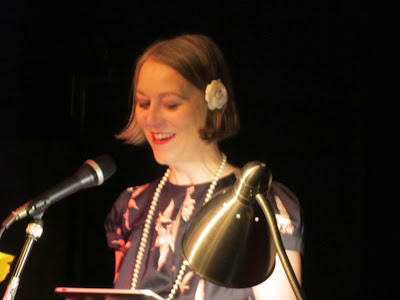 *Talking of which, check out the newly released video here for Gin In A Can by Monkeys In Love, who I'm "supporting" on 17 February. More here.
Posted by Sarah-Clare Conlon at 11:14 AM