It's February already, so only a month before culture is booted out of the glossy glassy Urbis building by football. It's definitely not worth crying over spilt milk - the petitions have been signed, the letters have been written and even the obligatory Facebook group has been joined - but when I popped into Urbis on Friday, I'm afraid I just wasn't sad enough to shed a tear for anything much. 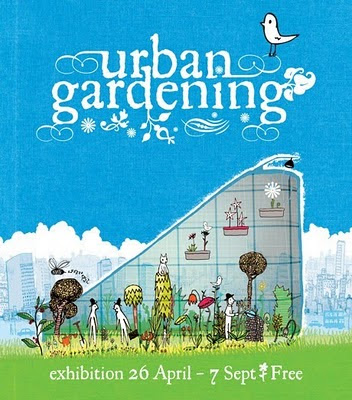 Maybe it was a nagging headache that made me disinterested in the hip-hop show (even listening to a bit of Ruthless Rap Assassins for old time's sake was dampened by the fact that the footage wasn't in synch with the music). Perhaps it was the slight back-slapping feeling to Urbis Has Left The Building (still a great title, though). Even the Ghosts of Winter Hill did little to exorcise my bad mood, such was the overwhelming sensation that all Mancunian TV amounts to is Coronation Street and what looks more and more like an enforced, bitter relocation of certain BBC departments to a blustery campus stuck out at a tram terminus in Salford Quays. I did like the mock-ups of front rooms through the decades, however, and a wonderfully named episode of World In Action about the Crescents called No Place Like Hulme. See, it's not all negative.

And I have seen plenty of good stuff at Urbis in the past; from potting sheds about sustainable urban gardening to fabulous Matthew Williamson frocks. It's just a shame Urbis is leaving the building seemingly by the back door, but then I suppose being sent off early is never going to be the glamorous way out.
Posted by Sarah-Clare Conlon at 9:38 AM