Today marks the start of the fourth annual Manchester Literature Festival, which sees a number of literary events taking place every day until 25 October at various venues around the rainy city. A success already was the Trailblazer event with Margaret Atwood
back in September and, earlier this week, the first of two festival "Bookends". This initial one brought the University Of Manchester's Professor Of Creative Writing Martin Amis together with fellow novelist Will Self for a heated discussion about sex (apparently largely in the context of Vladimir Nabokov's Lolita). I say! 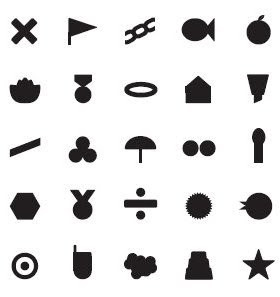 Other famous faces on the ten-day programme include Joan Bakewell (who is presiding over afternoon tea at the Midland Hotel as we speak), Eoin Colfer (author du jour thanks to his Hitchhiker's Guide To The Galaxy follow-up And Another Thing..., which just so happens to be this week's Book At Bedtime on Radio 4), feminist novelist Fay Weldon, historical author Kate Mosse, TV writer Jimmy McGovern, poet Michael Schmidt, local scribe Robert Graham (who led the fab creative writing workshop I recently took part in and seems to live down the road), Manchester-based MJ Hyland, Catherine O'Flynn and Jeff Noon... there's just loads. Check out the who, the what, the where, the why and the when (maybe even the how) here.

There are talks, discussions, readings, recitals, launches, awards, workshops, walks. And there are novelists, poets, short story authors, screenwriters, essayists, performers, broadcasters, journalists, editors, cartoonists, dramatists and bloggers. Talking of blogging, bob over to the official Manchester Literature Festival Blog here and follow events as they unfold (you may even see my name pop up). Follow the fun on Twitter via @McrLitFest and go hashtag happy using #MLF09. See you soon, bookworms.
Posted by Sarah-Clare Conlon at 11:54 AM