Why don't we just face up to it: as a nation, we're just not all that awesome at sport. For proof, look no further than the recent disappointing performance by the England footballers at the World Cup, sharply followed by Scot tennis ace Andy Murray's semi-final showdown at Wimbledon. So who's looking forward to the 2012 Olympics, other than Boris? Ho-hum. 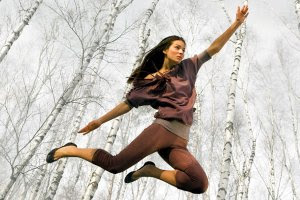 But does it matter, now we hear that Stella McCartney will be designing the official Team GB kits in collaboration with Adidas, with whom she already works (see photo). Gold medal to whoever came up with that idea.

I met Stella at an Elle Style Awards Party, some years ago when I was a proper full-blown media maven. I was in charge of the guest list; a kind of bouncer in a ballgown, if you will. Once my duties were over and the hideous glass paperweights had been handed out, I went for a wander around the bits of the Natural History Museum we were allowed to venture into, and bumped into Ms Mc wandering the other way. I greeted her with an enthusiastic, "Oh hi, Stella!", and she looked at me like I was an idiot. Which I was, really. Obviously she didn't know me from Adam.
Posted by Sarah-Clare Conlon at 1:30 PM