A Mini Moment Of Fiction: It's raining, it's pouring

Back in, oooooh June, the now regular (and, rather popular, I learnt at last night's quarterly Blogmeet) feature A Moment Of Fiction brought you the news of three writing competitions. I submitted a story for one, another I didn't enter although my sister-in-law did, and the third I have yet to get round to contributing towards. 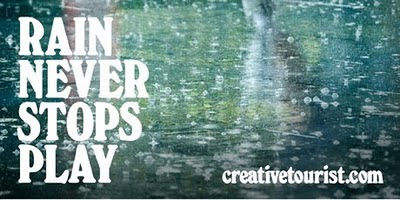 Anyway, Rain Never Stops Play, the Creative Tourist and Rainy City Stories contest mentioned during that post, is now in the second stage of judging, and, as outlined in the rules, a shortlist of six stories has been drawn up. The first 500 words of each are now up on the CT site for the likes of you and me to cast our votes on (the public poll will count as 40 per cent of the score) and the final winners - one, a story based in Manchester; the other, a story set in another city - will be announced on 2 August, so you have less than a week in which to make a difference! Read the six intros to Dancing With Dragons, Finsbury Circus, Infinite Loop, Regulars, The City Is Leaving Me and Troubles, and pick your fave here.
Posted by Sarah-Clare Conlon at 12:11 PM