The appliance of science

Last night, I found myself sucked into a programme about black holes. I'm a secret geek, see, and a fool for spatial anomalies, having watched way too many Star Trek episodes in my time. I now have an unhealthy interest (especially for a non-scientific gal) in singularities, event horizons, supernovae and all that jazz. I also now have a banging headache after being bombarded by complicated formulae resulting in infinity (a monstrosity, apparently!) and theorist speak of quantum gravity. Whoah there! Some of the heathen astrophysicists even suggested that that nice Mr Einstein might have got his figures a bit muddled. Like, whatever.

What I particularly liked, however, was the way these scientist types talked of 'astronomical' figures with a cheeky glint in their eyes.

I also noted that they are big big fans of adjectives. Super massive black hole, anyone? 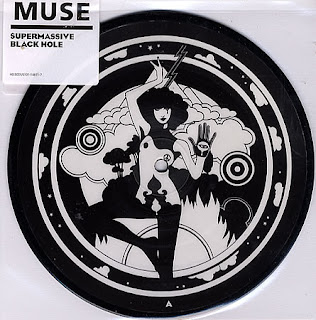 Posted by Sarah-Clare Conlon at 3:36 PM