French speakers can now join the Twittering masses, the lucky people. According to the Twitter blog, more and more folk outside the States are Twittering (no way), so the organisation has been busy developing the social media resource in alternative languages to English. After introducing Japanese, and then, last month, Spanish, Twitter is now available in French, thus benefitting almost 30 Francophone countries (wow, so many?).

My favourite thing to come out of all this? The French word for Twitterers is "les twitteurs". Magnifique! 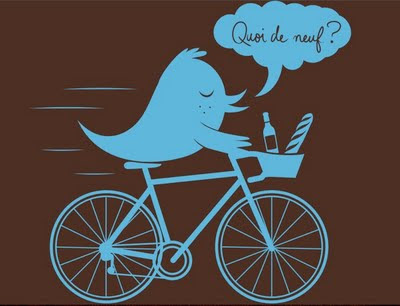