Rumble in the jumble

They're very with it these days, you know, museums and art galleries. No longer are they the stuffy spaces of yore; all low lighting and subdued murmuring, shuffling visitors and stewards hiding in the shadows. No, nowadays it's all about chi-chi launch parties, and trendy workshops and lectures, and touchy-feely interactivity with the exhibits, and free cake with your cappuccino.

Perhaps it's because they need to keep up with all the trendy young things that have been busily getting in on the curating act; influential establishments like Tate Liverpool (getting on a bit now with its coming of age this year) and Tate Modern in London (established 2000) or upstarts like Hoxton's White Cube (est. 2000) or Manchester's Urbis (est. 2002). Or perhaps it's just the way things are as we prepare to enter the second decade of the 21st century. I mean, who'd've imagined high-street banks would ever pipe pop music into their banking halls, that bookshops would tout coffee and muffins, and that local libraries would host slam contests? 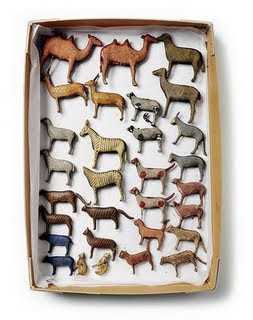 So in this context, perhaps it's not surprising that museums and galleries are big on the social media scene and looking to digital developments to extend their reach (promoting exhibitions through Twitter, for example), to increase participation and involvement (such as the Britain Loves Wikipedia museum exhibit picture hunt, launching 31 January at the V&A), and even to offer greater accessibility to collections.

At Social Media Cafe Manchester last Tuesday (yes, I know that's nearly a week ago, but you'll have to bear with me; I've been a bit busy!), Manchester City Galleries' web manager Martin Grimes (with the help of his glamorous assistant David Edmundson-Bird from MMU Business School) led a discussion called Crowdsourced Treasures, exploring the idea of using social media tools to open up access to the hidden exhibits that the public never gets to see. We learnt that only about nine per cent of the collection is on display, although, after many years of painstaking cataloguing by some very patient staff, you can at least now check out the online collections database where there are records for 175,000 objects. 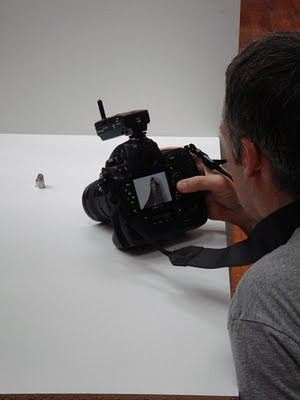 Martin, however, was very keen to pique our interest in (and presumably get us blogging about) what has been dubbed The Mary Greg Project. Mary Greg was something of a hoarder, it seems, and kept pretty much everything that passed her way during the late 1800s and early 1900s, later donating it to the people of Manchester. There's already a dedicated blog, Mary Mary Quite Contrary, which delves into the drawers and boxes containing the weird and wonderful items in the collection and presents some gorgeously detailed close-ups (check out the Flickr feed for these).

I like the tab inviting you to "have a rummage". (What a great onomatopoeic word rummage is.) Take up the invite, anyway, and you're immersed in a bonkers world of bygones, bric-a-brac and bits'n'bobs. There are spent matches and birthday cake candles, scraps of letters and lists of nonsense, pieces of thread and herringbone-patterned thimbles, chatelaines and bodkins, more spoons than you could ever practically need and a thousand keys to a thousand doors that most likely don't exist now. The financial value might not be great, but you can't really put a price on that nice warm feeling nostalgia causes, and writing this post has given me more pleasure than I could ever have dreamed of, especially when I dismissed the seminar somewhat cynically last week. 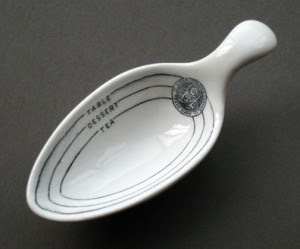 Posted by Sarah-Clare Conlon at 12:28 PM