Anyone who follows me on Twitter might have noticed I was in Northumberland over the weekend, having a spot of well-earned time off from my present contract and busting some moves at a wedding in the French-style surrounds of Alnwick Garden. I can now state with absolute certainty that the combination of a cheese sarny and a stride along a wind-swept beach really is the cure for a beer-wine-spirit-induced hangover, even if I can't be sure what said spirit actually was (although its magical properties were well documented as one of our friends flew around the floor to MC Hammer).

Plus, as if more excitement were needed - apart from the wedding, the witnessing of our new-last-year tent withstanding some pretty hardcore gales (although not without damage, it has to be said) and a two-way trip through Rothbury (yes, that Rothbury) - I was treated to a mosey around "one of Britain's largest secondhand bookshops", recommended to me by a certain ex-patriated American in Ramsbottom. 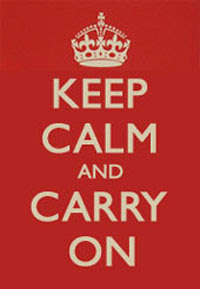 Located in an old railway terminus, Barter Books has everything: a station cafe, lots of battered plush velvet seats scattered about, a "muriel", as Mum says, of famous authors (from Alan Bennett to Virginia Woolf), a complete selection of Keep Calm And Carry On memorabilia (the original poster was, legend has it, discovered in a box of books the storekeepers acquired at auction), a miniature train chugging about above the bookshelves and, oh yes, books. Tons of the monsters.

I picked up Nicola Barker's Small Holdings. I'd read on Who The Fudge Is Benjamin Judge? that her previous tome, Reversed Forecast, was "splendid", and this novella (it's only 130 pages or so long) is a lovely Faber & Faber edition with a waxy black cover and a photo of half a giant red onion. It's also about gardening, which added to the attraction. I even came home and planted some more salad seeds. Anyway these initial warm feelings were borne out and I managed to read the whole book in my makeshift home parallel to Hadrian's Wall, which is a very good sign indeed. I'm still not quite sure what happens at the end, but no matter, it'll be one of those things I think about and gradually digest. What really struck me was the characterisation - really amazing and detailed - plus some almost poetic playing about with words. The penultimate paragraph is a case in hand, but I don't want to go spoiling it for you. Just read it and see.

I was pleased, therefore, to see that Barker has made it through to Round Three of Benjamin's World Cup Literary Distraction (as mentioned back in June), and is the next fixture. However, I can't cheer her on as she's up against lovely local Elizabeth Baines and, as I was chatting to the newly becoiffed Ms Baines only last night, I'd feel guilty. (BTW, Elizabeth is doing a reading tonight, from 7pm, as part of the Didsbury Oxfam Bookfest programme - more on last night's event very soon.) I know it's not technically possible in a World Cup context, but I can only hope for a draw.
Posted by Sarah-Clare Conlon at 3:57 PM